The expansion joint is one of the niche services AWS provides to our valued clients. Whether the requirement is for new joint installation or replacement, repair & waterproofing to existing joints, AWS can create a solution to your requirements.

Concrete contracts and expands with changes in moisture and temperature. If not appropriately controlled, cracks can start to show. Placement of expansion joints play a vital role when designing and pouring sidewalks and concrete slabs. This type of joint helps take the stress off of the concrete slab.

A concrete expansion joint is a gap that enables the concrete to contract or expand when the temperature changes. It creates a break between the concrete and other parts of the structure to enable movement without causing any stress resulting in cracking.

Bridge expansion joints are made to adjust their length, accommodate movement or deformation by shrinkage, loads, or temperature variations, and enable constant traffic between bridge structures and interconnecting structures (another abutment or bridge).

Expansion joints are installed to handle the coefficient of thermal expansion over big spans of concrete. The waterproofing material should not cope with the building’s movement, and these are made to resist aging that results in the weakening of the bond on the concrete and cause the system’s failure.

The flexible material is important so that it doesn’t crack with movement. We provide highly durable and flexible tape for expansion joints to accommodate the thermal movement and waterproof the leakage-prone joint simultaneously.

Basically, expansion joints must not be installed in places or areas where inspection is not highly possible. Where expansion joints are transporting dangerous materials, an external metal shield must be used to safeguard personnel in the event of failure or leakage as fluid will run parallel to the pipe system and not radially out.

Our expansion joint installation service is tailored and bespoke to meet your needs. We provide free consultation, surveys, and quotations using our knowledge and expertise to find the best solution to your expansion point project.

AWS was engaged to assess and remove faulty expansion joints at the iconic Federation Square in Melbourne. On determining the correct product and a fit for purpose solution, we installed a variety of expansion joints across the site to suit movement requirements of the site.

AWS carried out the refurbishment of the expansion joints on both the Sandridge bridges. A granor system was used to allow for the constant movement in these structures. Temporary traffic management was used. The job was performed during normal working hours and was completed on time and on budget.

AWS broke out and removed all loose and damaged debris from the expansion joint and substrate around the joint where patching has been completed previously. After that, we supplied and installed Fosroc Renderpc HB40 repair mortar to rebuild the expansion joint with a 10-15mm min cover.

Previous
Next
Before After 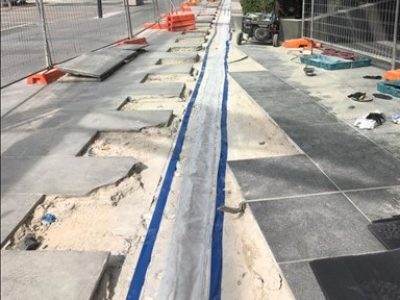 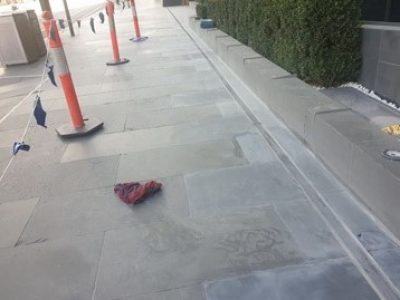 What is an expansion joint used for?

Since the joint bisects the whole structure, it marks a gap through every building assembly, such as walls, decks, foundation floors and walls, plazas, roods, planters, and more.  That gap should be filled to restore the soundproofing, fireproofing, waterproofing, air barrier, trafficable surface, roof membrane, and other functions of the building elements it bisects.

Further, expansion joint systems are utilized to bridge the gap and reestablish building assembly functions while accommodating the anticipated movements.

What is an expansion joint in concrete?

Expansion joints are applied in concrete to avoid expansive cracks due to temperature change. Concrete experiences expansion because of high temperature when in a narrowed boundary, leading to cracks. Expansion joints are given in piping systems, railway tracks, sidewalks, bridges, buildings, pavements, slabs, ships, and other structures.

Concrete isn’t an elastic substance, and thus it doesn’t stretch or bend without failure. Nonetheless, concrete moves during shrinkage and expansion, due to which the structural elements shift a bit. To avoid the risky effects of concrete movement, numerous expansion joints are integrated into concrete construction, including paving slabs, foundations, walls, and roof expansion joints.

Such joints must be thoroughly designed, positioned, and installed. When a slab is placed evenly on surfaces exceeding the face, the expansion joint will be necessary to lessen stress. Concrete sealers may also be utilized for filling gaps made by cracks.

What are the types of expansion joints?

Expansion joints are made to absorb vibration, noise, and movement within a ducting or piping application. There are different types of expansion joints, including:

Where are expansion joints provided?

Expansion joints in masonry walls are provided every 125 feet, and in concrete or steel structures or roofs, joints are positioned every 200 feet or so. They must be positioned at junctions of separate structures, elevator shafts, and stairwells.

Why do bridges have expansion joints?

Bridges made of concrete will expand and contract a bit for many different reasons. That includes ice, settlement, shrinkage of the concrete, temperature changes, and even the weight of vehicles. Bridge expansion joints permit the concrete to expand naturally and contract without even cracking.

The rubber expansion joints are positioned at the end of the bridge, where it meets up with the freeway. Those connectors offer the concrete enough space to move and prevent concrete cracks.

Expansion joints also come in different sizes and shapes, from molded rubber to clay bricks. Other forms of construction, such as air ducts and railways, have specialized breather joints intended to deal with its distinctive thermal stresses. In short, they fill the gaps between the bridge and function as a flexible filler.

How are expansion joints installed?

Proper piping alignment is high on the list of priorities when installing expansion joints. An offset installation puts the joints in a difficult situation and may create risks for both operators and products. Expansion joints are not made to compensate for inaccuracies in piping installation and must not be utilized to fix them.

Likewise, the vibration must be lessened, and joints must be positioned as close as possible to fixed anchors or control rods utilized in un-anchored piping systems. Enough pipe support is essential as the expansion joint must not carry the weight of equipment to operate properly.

Expansion joints must not be installed in areas where inspection is not highly possible. Operators must also check for any damage to the unit, install external hardware and ensure it is properly torqued to guarantee leak-free operation.

How wide should an expansion joint be?

Expansion joints allow volume change movement of a concrete member or structure. Those are typically designed by installing pre-molded or pre-formed resilient or elastic material of at least ¼ inches to ½ inches thickness as wide as the concrete is thick before the concrete is positioned.

These expansion joints must never be less than ¼ inches wide. Note that pre-molded expansion joints for installation in commercial, residential, or industrial labs may be of sponger rubber, fiber, plastic, or cork composition. Those materials should be extremely resilient and non-extruding in hot weather or brittle in cold weather.

Do concrete expansion joints need to be sealed and waterproofed?

Yes. Expansion joints should be sealed and waterproof regularly to safeguard them against debris, dirt, and water. Such elements can harm the overall structural integrity of the concrete over time. Further, water can result in interior leaks and molds that are expensive to fix. Preventive joint sealing eliminates such risks and restores the concrete for many years to come.

How often concrete expansion joints must be sealed and waterproofed depends on different factors. What is the weather feels like in the area? Is the concrete exposed to heavy traffic? What kind of concrete structure is it, and how old is the concrete.

The joint sealing and waterproofing process varies by structure, but it involves using a product over the expansion joint to make a watertight seal.

How to repair concrete expansion joints?

After a while, the expansion joint can dry out and not absorb the stress as it once did. That is when cracks show in the concrete slabs. When that happens, it is time to repair and replace the expansion joints. Here are the simple instructions you can follow to repair it:

How to waterproof a leaking expansion joint?

Correct waterproofing at expansion joints is essential to the longstanding success of the waterproofing application. The continuous movement of such joints could result in openings that enable moisture infiltration if the detail isn’t properly done.

The flashing material used at expansion joints must be reinforced even when the waterproofing structure is an un-reinforced Liquid Applied Membrane system.

If you are waterproofing on vertical applications, you can apply approved sealant in the opening with an approved backer rod to control the sealant’s depth. Use the waterproofing manufacturer’s accepted reinforced flashing material to open and up the vertical substrate.

Remember that the flashing material must be completely adhered to both the horizontal and vertical substrates and must extend a minimum of four inches up the vertical surface.

AWS Services is a market leader and the preferred choice in the commercial, civil and strata fields of expansion joints services. We handle all jobs from start to finish and provide long lasting guaranteed solutions.

With the best team in the industry, AWS is able to offer you the expansion joint repair, supply & installation that will best suit your situation, we are committed to customer service and outcomes that won’t cost you the earth. Our expertise is furthermore supported by our extensive client list of reputable strata management companies, local authorities, construction contractors and government bodies, many of whom are regular clients.

Call us or get a free quote by clicking through on one of the buttons below. 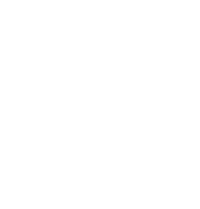 Speak to one of our team today